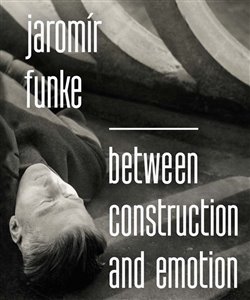 Jaromír Funke - Between Construction and Emotion

The first large-scale monograph on this internationally renowned photographer.

Jaromír Funke (1896-1945) was a innovator of modern photography, just like Jaroslav Rössler, Man Ray, László Moholy-Nagy, Albert Renger-Patzsch, Aleksander Rodchenko, Paul Strand, and Edward Weston, to name but a few. Like them, Funke set out (in 1922) on the road towards abstraction, which would eventually lead him to his own particular “ism” – photogenism.

Funke also responded to Cubism and created exemplary works of the New Objectivity and Constructivism, but he stood closest to Bauhaus. During the 1920s, he was one of the first to adopt irrational approaches such as Poetism and Surrealism. In the second half of the 1930s, Funke established his “emotional photography” on the basis of Breton’s notion of the magic encounter. He was a typical universally educated intellectual of his era.

This book focuses primarily on the ideas that shaped and transformed Funke’s work, while placing it within the context of European avant-garde photography and culture, of which he was a pioneer.

The book was prepared in cooperation with Jaromír Funke’s daughter Miloslava Rupešová.

The first large-scale monograph on this internationally renowned photographer.