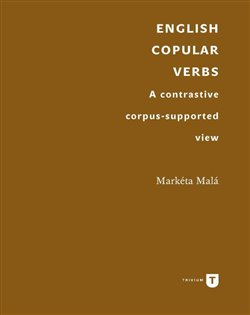 The book English Copular Verbs presents a contrastive view of English copulas and their Czech translation counterparts.
Since the repertory of copular verbs is much narrower in Czech than in English, the translation counterparts display a variety of formally divergent means rendering into Czech the meanings carried by the English copulas, such as the speaker´s epistemic stance or an evaluation of whether the quality ascribed to the subject by the copula is a permanent one.
The study shows how salient translation counterparts can be used as „markers of meaning“, making it possible not only to identify the meaning of the individual copular verbs but also to trace other, structurally diverse English constructions which convey the same meaning as the copulas in question. The material is drawn from a bidirectional parallel corpus of Czech and English.

The book English Copular Verbs presents a contrastive view of English copulas and their Czech translation counterparts.
Since the…