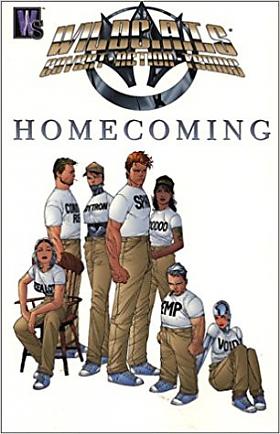 WildStorms premier super-hero team, the WildC.A.T.s, split up for this fast-paced collection, as Zealot, Emp, Maul, WarBlade, and Voodoo are caught up in political intrigue on their homeworld of Khera. And while these heroes become embroiled in a violent class struggle, the hero called Savant goes too far on Earth, using blackmail and torture to assemble a new team of WildC.A.T.s.