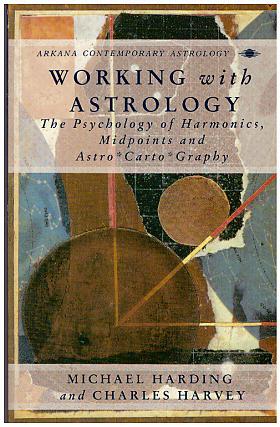 A discussion of all the main trends in contemporary astrology in the West including the modern uses of traditional techniques and also new techniques developed over the last decades.

Harmonics and midpoints are seen as being somewhat exotic by those with a more traditional plain-vanilla approach to looking at charts, but as the writers point out, harmonics especially are not divergent from the radix - they are the radix, but just set out in a diferent form.

It moreover presents these and their application in highly convincing ways. For example, Janis Joplin's otherwise somewhat Saturn-themed chart may seem to 'make very little sense of her short life' if no midpoints are used. Where is the excess, the live-hard-die-young way of life for which this artist was so notorious?

The authors point to the exact link of excessive Jupiter and then Neptune to Joplin's Sun/Moon midpoint and all of a sudden, here, it really does all make sense. The writers then go on to do the same with several other charts that put Neptune firmly on this all-important marriage, or blend, of the the two most powerful points in the chart, that Sun/Moon midpoint -charts depicing the full range of Neptunian expression, from gangster drug baron, underseas-water photographer, to saints and mystics.

The harmonic charts of famous individuals including Jung,Freud and Hitler may be seen first in the fifth, then the seventh, then the ninth harmonics, in each case, in connection to the symbolism of the harmonic aspects and numbers involved.

The 7th harmonic, for example, is called the harmonic most easily connected with fantasy, or ideas about what life is about, as well as in the symbilism of artwork: each case study is again put together convincingly enough, though it is possible that ther 'best' aspects in each case of art appreciation might have been cherry-picked a little in one or two cases.

Midpoint synastries and progressions are explored in the case studies of Scott and Zelda Fitzgerald, where once again, the closer inspection of aspects these approaches can afford us, give such an infinitely more telling story of What Was Really Going On, regarding this well-known relationship.

Another of the 'newer' approaches also looked at here was astro-cartography and how these also played into the life story of Joyce, for example, and then in the case of the Challenger explosion and in the piper-alpha disaster.

All of this is always presented in ways that remain user-friendly, with opportunities for the reader to deduce conclusions for themselves and at the end, to try these methods out for themselves, in a case study.

I would recommend this book wholeheartedly to anyone who wishes to understand these areas of astrology.